Chaplain Kaiser Aslam is the Muslim Chaplain at Rutgers University. Kaiser has studied various classical Islamic sciences in his studies within the United States and abroad and holds a Masters degree in Islamic Studies & Muslim-Christian Relations from Hartford Seminary. In addition to his work at universities, Kaiser has served as the Muslim Chaplain at Hartford Hospital and as a youth director at various Islamic centers , most recently at the Farmington Valley American Muslim Center. Kaiser has worked with and in over a dozen educational and service-based organizations in the American Muslim Community over the last decade. Most notably, he served as the National Coordinator of Young Muslims, the largest Muslim youth group in North America. Kaiser is a public lecturer on Islam, Muslim youth, Interfaith work, Muslim culture, and various other topics. In his last role as the chaplain at Wesleyan University, he made a major impact on student life and a lasting legacy. He travels regularly to different communities across the United States to speak and organize events. Kaiser’s thesis at Hartford Seminary aims to provide a definition of undergraduate ‘Islamic Literacy’ for undergraduate Muslim Americans. Kaiser spends his free time commenting on popular culture, consuming scientific journals, reading comics, and adventuring his way through nature. 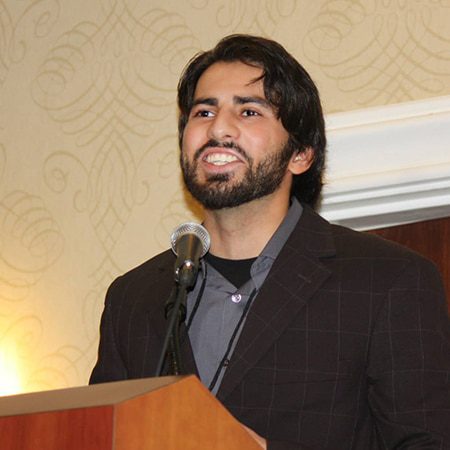